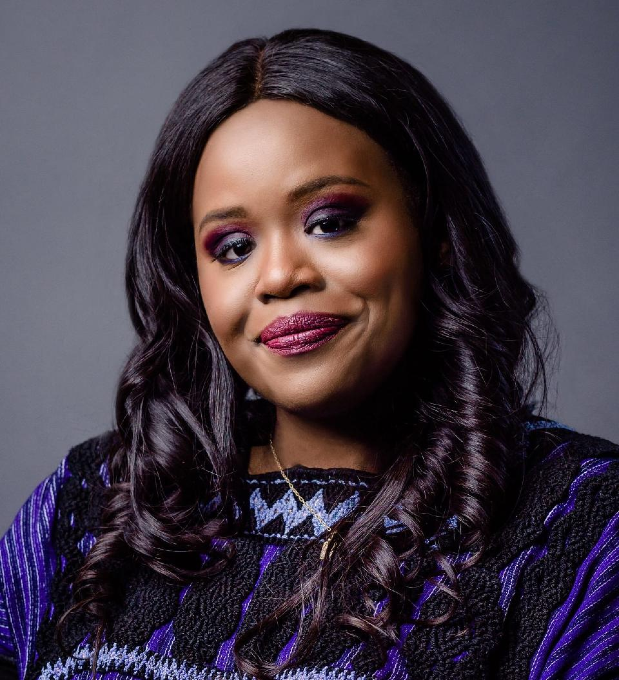 ‘Data Can Be Used to Create Social Movements’

The race is on for Data 4 Black Lives co-founder Yeshimabeit Milner, who admits time is of the essence.

She’s desperately seeking critical information on how many African Americans have contracted and died from COVID-19.

Mostly known as a privacy advocate seeking to abolish big data that she believes leads to social and political oppression, Milner’s group of engineers, data scientists and community leaders are making a hard pivot.

They’re calling attention that blacks are affected by the virus at disproportionate rates than other racial groups and want the federal government to publicly report COVID-19 cases and deaths by race.

Early data from the Centers for Disease Control and Prevention (CDC) showed that about a third of all coronavirus fatalities nationwide were African Americans, a group representing just 13% of the U.S. population.

Based in New York, Data 4 Black Lives has a COVID-19 open data spreadsheet showing which states blacks are getting hit the hardest during the pandemic.

Milner, also the group’s executive director, argues that a lack of vital stats and resources, including COVID-19 testing and treatment, is not getting to communities most in need.

How many states currently are tracking COVID-19 by race?

According to the CDC and state websites, our volunteers show that about 24 states so far are tracking by race — and there are a lot of discrepancies on what’s being reported.

Then, we have about 26 states that we know haven’t released information, though many people have died by race. But we do know that as a race, black people make up a large percentage of coronavirus infections than the rest of the U.S. population.

Look at what’s happening in Michigan, especially Detroit, in Milwaukee, in Chicago?

Black people in these big cities are contributing to most of the coronavirus-related deaths — and we know that anecdotally because we hear from folks who live there.

In Louisiana, blacks make up more than half of the coronavirus deaths, but just a third of the state’s population.

We’re also trying to track the total number of cases involving blacks, but a lot of that is unknown right now, and that’s very frustrating.

While it’s hopeful that people are pushing the federal government and lawmakers for more data, the info out there is minimal, for one — and not enough people are getting tested.

We need an increase in the number of testing sites in black communities, because I hear from folks on the ground that many people are going to the hospital to get tested — but are getting turned away because their symptoms aren’t severe enough.

Thankfully, they are alive to tell us that story, even if some of them are really tough to hear.

The Problem, as Defined by Data 4 Black Lives

While COVID-19 is ravaging through parts of African American communities in the U.S., Yeshimabeit Milner said she was stunned by staggering statistics in several states.

In Michigan, for instance, blacks make up 14% of the state’s population, but more than a third of its coronavirus cases and more than 40% of its deaths.

In Chicago, which at one point comprised nearly 70% of all its coronavirus deaths, and in New York City African Americans make up nearly 30% of the coronavirus-related deaths, despite being 22% of the city’s population.

The fatality rate is even higher for Hispanics, according to New York state statistics.

Then, in states like Alabama, Mississippi, Louisiana and Georgia, blacks make up a third or more of the coronavirus deaths, according to the Centers for Disease Control and Prevention (CDC).

Overall, the U.S. has more than 1.4 million COVID-19 cases, more than the total of Russia, Spain, Italy, France and the United Kingdom, according to Johns Hopkins University.

You’re asking for states to disclose big coronavirus data on black people affected by the pandemic. You said it’s because African Americans are disproportionately harmed by data-driven decision-making as well as racial bias at hospitals and clinics. Doesn’t this create huge privacy and security issues?

Still, the pandemic is happening when data has been historically weaponized against blacks, layered with a bias that’s been used for segregation, redlining neighborhoods and disenfranchising voters.

But data can be used to create social movements — and we can use big data to address the pandemic, especially for black people, and that’s really important.

Our model is to bring together activists, and data scientists who need to be at the table, maybe with some black epidemiologists and others who want to make this a priority.

I’m not saying this technology is the silver bullet that will solve everything, but we are going to fight for how we think data can be impactful for our people.

We must ask ourselves, “Can we use this as an opportunity to help get resources to those who need them the most?”

As such, when is big data useful for privacy implications and civil rights? Is it ever not suitable for that? Why?

Of course, this does not erase generations of criminalization and racism that are sadly being baked into big data.

Before the pandemic, we were in the process of creating a “public data trust,” where community leaders, scientists, developers and students use anonymized data from tech companies like Facebook to benefit our people and community.

This public data trust is an excellent opportunity for these companies to provide data and share it with researchers to help improve the lives of those who need support.

They can help give us data on public-health issues that our federal government provides that we think is outdated and is being used by law enforcement in ways that are not always in our best interests.

I believe they could help us positively achieve racial justice and equity. We’re asking these tech companies to give their data to us.

Are those objectives compatible?

Data is power — and big data will be useful when we have an ethical code in place when it is not harmful and is getting to the root cause of these problems.

That’s why movement-building is so important, to see it from our side.

Maybe our folks aren’t the CEOs, but we have talented people who are embedded in hospitals — and at big-tech companies and also in Congress — who are all pushing for change.

What this (pandemic) moment has revealed that, as a nation, maybe we aren’t equipped to handle these deeper, systemic issues that make more communities vulnerable than others.

We desperately need to do more to create more change.

Terry Collins is a writer based in the San Francisco Bay area.

More from Q&AMore posts in Q&A »