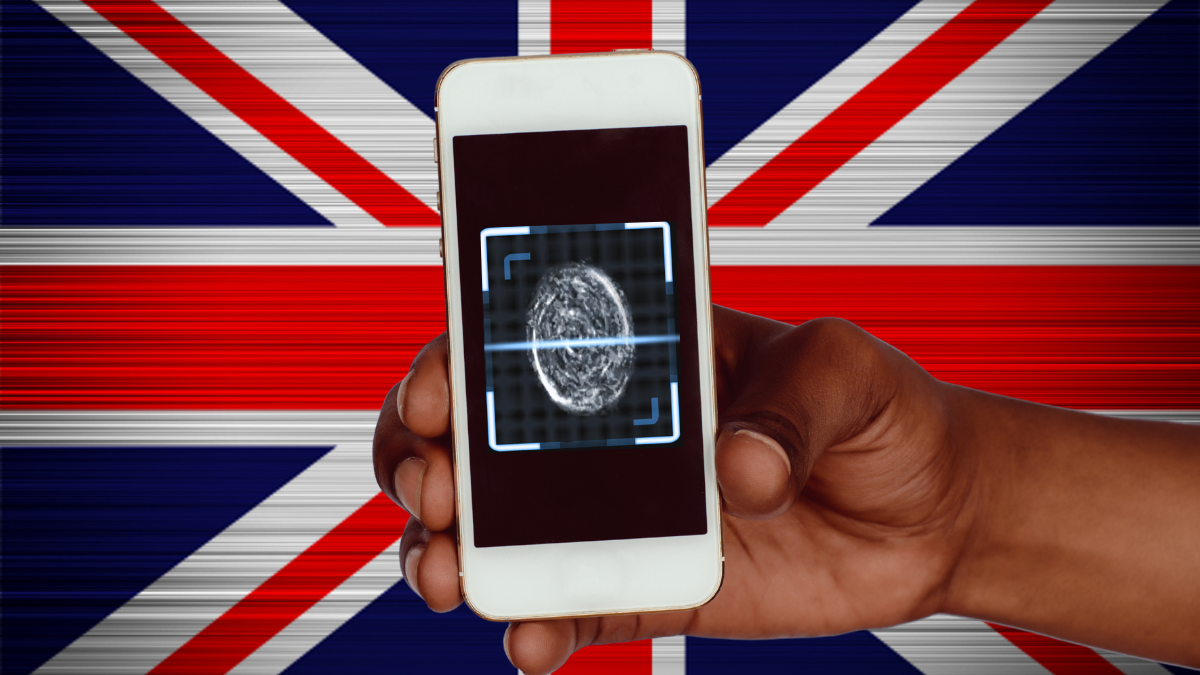 The Home Office, a government department which sets police policy across the U.K., said police should not use the devices to target people based on ethnicity.

The scanning data, reported Nov. 3 by Wired, revealed that 28 of the 43 police forces in England and Wales were using mobile fingerprint scanners as part of the “Home Office Biometrics Strategic Mobile Project” and that Black people were much more likely to have their fingerprints scanned than their white counterparts.

“Black communities are much more likely to be surveilled and treated as potential criminals, despite a lack of reasonable suspicion.”

Data from one police force that covers two counties, Devon and Cornwall, showed that the biometric technology was 23 times more likely to be deployed against Black people.

When an individual presses a finger against the fingerprint-scanning device, officers can verify their identity against a national database and check their immigration status.

In June, news reports disclosed that the devices also could be used to issue penalties under the U.K.’s COVID-19 emergency laws.

A U.K. government spokesperson told Digital Privacy News: “Decisions on how to deploy and use mobile-fingerprint technology are managed by individual police forces.

“In order to check fingerprints, officers must suspect someone of committing a crime or need to urgently identify them for medical reasons,” the representative said. “We are absolutely clear that no one should be targeted because of their race or ethnicity.”

Cory Doctorow, author and privacy advocate, noted to Digital Privacy News that “beyond the racial discrimination revealed by biometric policing statistics, there is a systemic risk.

“If your fingerprint is the key to your identity, and it’s compromised, you can’t solve the problem by getting a new fingerprint.”

“By warehousing our biometrics, the police and the government are creating an irresistible target for identity thieves, authoritarians and other unsavory types.

“After all, if your fingerprint is the key to your identity, and it’s compromised, you can’t solve the problem by getting a new fingerprint,” Doctorow said.

Civil rights groups also expressed concerns about the wide range of purposes for which police officers could use the mobile scanning devices, including checking immigration status and issuing COVID-19 penalties.

“If people with precarious (immigration) statuses are stopped for a COVID penalty, but the outcome of that is ending up in a detention center, what does that mean for people’s trust in the police?” asked Sharon Anyiam, project officer at the U.K.-based Racial Justice Network (RJN).

“We feel that the police are not able to do their jobs, which is to serve and protect the community, if the community doesn’t trust them.

“The use of this device itself is problematic to everyone,” Anyiam told Digital Privacy News.  “Not just people with precarious statuses seeking asylum or refuge in this country — it’s problematic to people like me and you.”

“The use of this device itself is problematic to everyone.”

RJN’s “StoptheScan” campaign, which began in April 2019, aims to curb police use of fingerprint-scanning technology.

“There’s no transparency as to why these devices were used in the first place,” Anyiam said. “There has not been a consultation with the community.

“The police have done an assessment on the use of fingerprint technology, but not on how the technology will impact people in society.

“We need to roll back our use of these devices in general, so we can ask questions like, ‘How are institutions using our data without our knowledge?’” she said.

One of the campaign’s main goals is to raise awareness about the use of fingerprint scanning among the general public.

“Do people know that the police can stop you on the spot and fingerprint you with these mobile devices?” asked Laura Loyola-Hernández, a senior research fellow at the University of Leeds and an RJN trustee.

“Anyone on a visa or on indefinite leave, or asylum seekers, refugees and those that are undocumented — we all have our prints in that immigration database,” she told Digital Privacy news.

The network also is calling for a “firewall” between the police and the immigration database, to break the link between mobile-fingerprint scanning and immigration enforcement.

“If you’re a victim of domestic abuse and someone who has a precarious migrant status — we have people going to the police for help and then being locked up because of their immigration status,” Loyola-Hernández said.

“This is hindering the police, who are supposed to help and support communities.”

“This is hindering the police, who are supposed to help and support communities.”

Privacy advocates are concerned about the increasingly widespread use of biometric surveillance by U.K. police.

“Fingerprint-matching has been an investigative tool used in policing for over a century,” said Jonathan McCully, a legal adviser for the Digital Freedom Fund, based in London. “Yet, we have seen a transformation of this process with technological developments introducing new levels of intrusiveness.

“Like with facial-recognition technology, recently ruled as having been used unlawfully by a police force in the U.K., this is simply another example of automated systems being used by the police to analyze and match biometric data with little thought for the implications for privacy, equality and other human rights.”

“The hand-held devices used by U.K. police facilitate fingerprint-scanning on an unprecedented scale and with incredible ease.”

In August, a police force in South Wales was found to have breached privacy law by using facial-recognition technology without due regard to issues of race and gender bias.

“When we have police equipping our public and publicly-accessible spaces with a long list of scary and experimental biometric technologies, every person will suffer from the chilling effect on our rights and freedoms,” EDRi’s Jakubowska told Digital Privacy News.

“And for those communities that already suffer disproportionate levels of policing, this effect will be even more stark.”