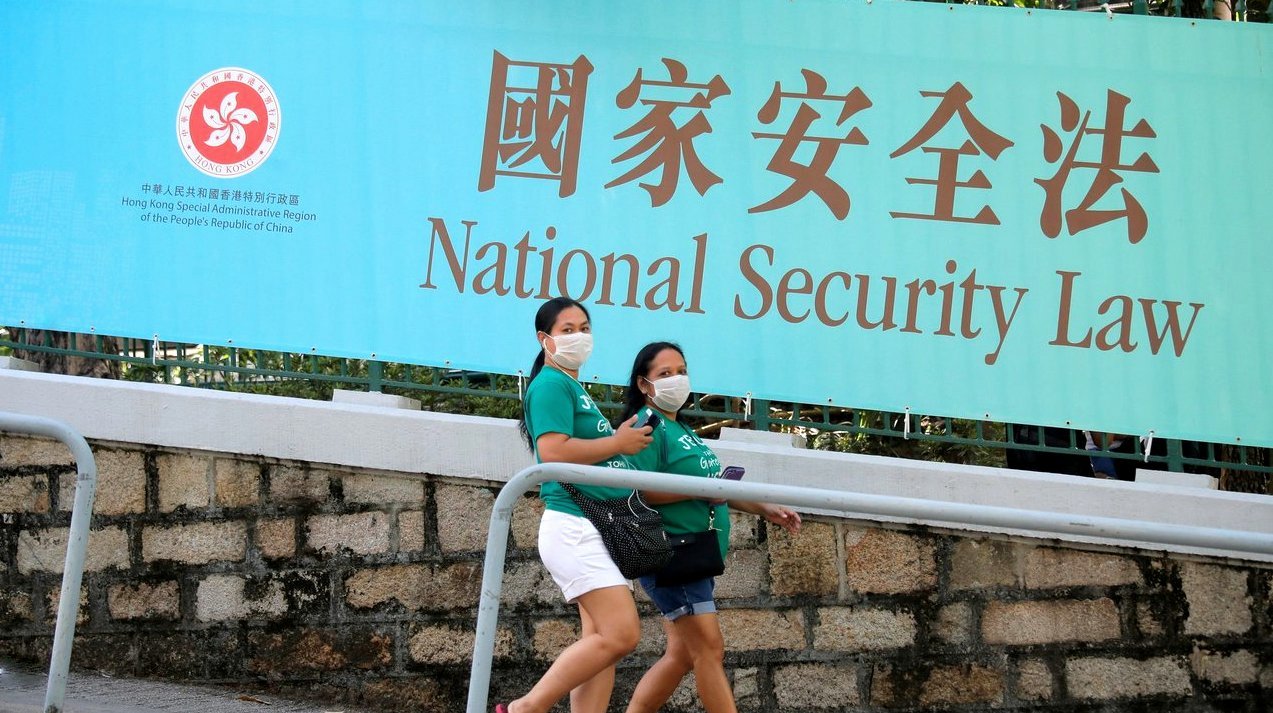 “It will undermine the trust between people,” he added. “Much of the reports will be related to individuals’ political opinions.”

“This will be a serious blow to freedom in Hong Kong.”

“How many people in Hong Kong actually threaten national security?” he posed. “Everyone living here can judge this for themselves.”

“Individual politicians distorting the truth and exaggerating it just exposes their own ignorance and ugliness,” he told local media last month. “It is outrageous to see them put their conspiratorial political ambitions above national security and public safety.”

According to Hong Kong police, 10,000 messages were received within the first week of the hotline’s operation. Authorities refused to comment on the quality of the tips but admitted that a number were duplicates.

While the police website noted that personal details of callers would not be collected on the new informant hotline, pranksters could be charged with a crime and could possibly face prison.

In addition, telecommunication experts warn tricksters that the police may well be clandestinely tracing calls coming from smart phones. Pay phones in public places exist in Hong Kong but are increasingly few.

According to statements from the Hong Kong government, informants need not have hard evidence when reporting alleged lawbreakers. Details of their suspicions will be accepted.

Further, informants will not be required to leave their names, addresses or cellphone numbers.

Informants also can send videos and photographs to Hong Kong police through SMS or WeChat.

In recent years, human-rights activists inside China have been jailed based on evidence that is believed to have come from WeChat postings or voice messages.

“Everyone living here can judge this for themselves.”

Police officers, however, are not staffing the lines.

Rather, recordings will be kept of each message received — and any “useful” intelligence gathered from anonymous callers will be handled by a new police division.

Known as the “Office for Safeguarding National Security,” the new unit was created this summer specifically to handle political crimes.

But the Hong Kong police division is controlled by the Beijing-based Ministry of State Security, which has been operating a similar hotline on the mainland since 2017.

It also has paid informants for their reports.

For decades, hotlines for anonymous informants have been standard-fare techniques for totalitarian governments around the world — from China and Russia to North Korea, Vietnam, Turkey and Cuba.

Finding informants has never proved difficult, historians and intelligence experts long contend; rather, the quality of the information gathered often is of no substantive value.

These experts suggest, further, that the actual purpose of secret hotlines is to intimidate popular antigovernment movements, rather than obtain evidence of actual political crimes.

Perhaps the most notorious example of the questionable value of using anonymous sources for gathering intel on a domestic population is that of East Germany.

In 1989, the Berlin Wall fell — and East Germany ceased to exist.

When the records of the secret police, the Stasi, eventually were opened in 1992, it was discovered that police had created so many secret informants to spy on their fellow Germans that at least a third of those reported as having acted “suspiciously” were — in fact — government informants themselves.

Also, overly competitive business rivals, or people simply jealous of the grandeur of their neighbor’s garden, would report one another as being disloyal to the East German government.

The most celebrated example at the time involved a vengeful wife in West Germany who reported a woman living in the East as being a spy.

Why? The accused woman was having an affair with her business-executive husband whenever he traveled there. He was hoping to sponsor her to the West, but the false accusation eventually dashed the mistress’ hopes of escape.

A similar situation existed in China during the Cultural Revolution of 1966 to 1976 — only on a far larger scale.

When terrified neighbors and ruthlessly ambitious college students began to out one another, they did so only to try to gain “political points” with the Chinese Communist Party.

“Individual politicians distorting the truth and exaggerating it just exposes their own ignorance and ugliness.”

Many Chinese were reported to be traitors because they had “bourgeois” things in their homes, such as western literature or classical music instruments.

It is believed that as many as 20 million died during the revolution — and hundreds of thousands were imprisoned.

Now, 44 years on, China’s Ministry of State Security still is using anonymous informants, via the new program — and, apparently, continues to encounter problems with the quality of the information obtained.

In April, the ministry issued a nationwide warning that it had received many “malicious reports” from the mainland program — and that citizens who persisted in performing such disservices could suffer “legal consequences.”