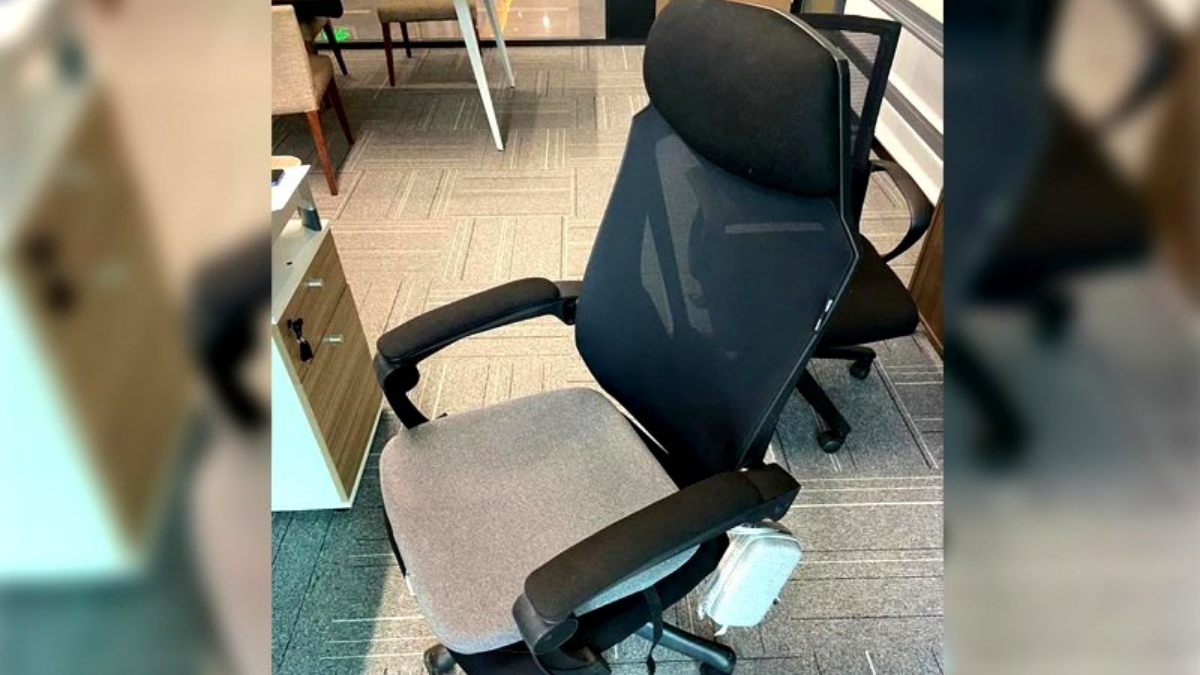 “We aim to collect more trial data, not to monitor employees. All the collected data will be confidential and used for product development.”

But the high-tech hassocks also could record how long staffers had been seated during their work hours. What’s more, if the seat sensed that the user had not moved for a long time, it would send an alert to the company’s human resources department.

Hebo Technology has denied using the cushions to monitor employee behavior, saying they just were being tested to provide information for possible future clients.

And, among other things, to “note bad posture as a sign of possible fatigue,” officials said.

“We aim to collect more trial data, not to monitor employees,” a Hebo spokesman told local Chinese media. “All the collected data will be confidential and used for product development.

“It isn’t linked to employees’ attendance, or performance evaluation or bonus distribution.”

However, soon after the appearance of the gifted cushions, the worker who went online was approached by an HR staffer, who asked why she had not been “at your desk every morning between 10 a.m. and 10.30 a.m.”

The manager, the worker said, then made “joking” threats that the company would cut her bonus.

When the company’s staff eventually got to the bottom of how their bosses learned when they were not sitting at their desks,  angry workers accused the company of illegal employee monitoring.

“I felt that I was naked at work. They seemed to install a monitor on me.

One Hebo administrator, who used the surname “Wang,” posted on Chinese social media: “I felt that I was naked at work. They seemed to install a monitor on me.

“What’s more, the human resources department will check this data,” the poster said. “Does it mean our work performance will be assessed based on this information, too?”

One poster on WeChat, China’s government-endorsed version of Twitter, said: “It’s too much. Employees are just tools in the eyes of their boss, without privacy or respect.”

The Global Times, the official organ of the Chinese Communist Party, reported the views of one legal expert at the China University of Political Science and Law.

Meanwhile, Yang Wenzhan, a Beijing lawyer, told the mainland’s 21st Century Business Herald last month that the company might have acted illegally by allowing the collected data to be shared with other employees.

“If the company has informed the workers about the testing, and has obtained their consent, the testing program is legal,” Yang told the newspaper.

“It’s too much. Employees are just tools in the eyes of their boss, without privacy or respect.”

But if “the data is shared with the HR department, (this would be) violating the company’s initial promise that it would keep the data secret.”

Regardless, some Hebo workers took to Chinese social media — saying that such secretive monitoring made them “feel disrespected and anxious.”

The Hangzhou incident is not the first time that Chinese companies have tried to monitor workers with subtle company-paid monitoring devices.

Last year, the sanitation staff of Nanjing, eastern China’s second-largest city, had been given “smart” bracelets for work. Bosses could locate cleaning staff at any time.

And, if workers took a break of more than 20 minutes, the bracelets emitted a loud warning, notifying cleaners to get back to work.

How the US Works

In the United States, for a long time now, such workers as delivery drivers and long-distance truckers have had their travel times, and routes, monitored by employers.

But American firms do this openly, with full knowledge of their workers.

But in China, companies often try to keep it a secret that they are carefully watching where employees are at all times.

If “the data is shared with the HR department, (this would be) violating the company’s initial promise that it would keep the data secret.”

Yang Wenzhan, a Beijing lawyer, to the 21st Century Business Herald on the mainland.

While the “smart” cushion story has spread across the globe via social media, reaction has been mixed, with most Weibo posts criticizing Hebo Technology for secretly monitoring its staff.

Not all posters, however, sided with employees.

“It’s definitely not right for you to be lazy at work,” one unnamed poster said. “If you have personal matters to deal with, you should raise it with your boss.”

Though replies to this poster claimed that the individual actually was a company manager.