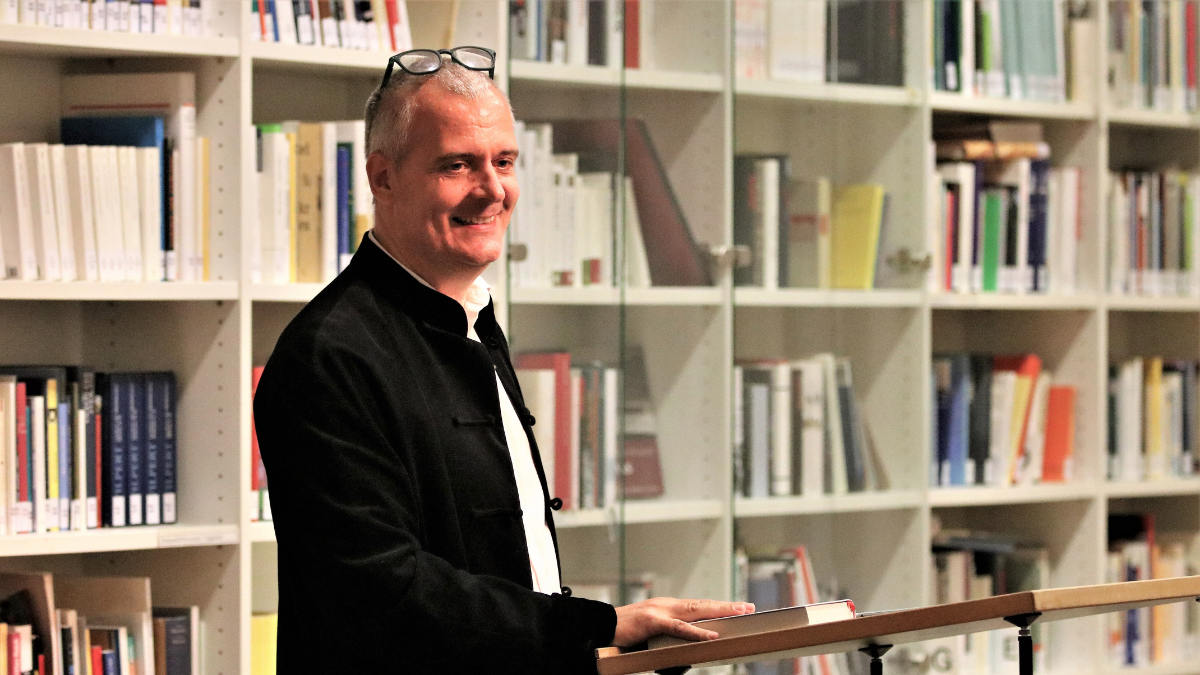 ‘You Don’t Need a Policeman. You Have Become the Policeman’

Kai Strittmatter speaks Mandarin, studied in Xian and Taipei during the ’80s — and, for more than 20 years, was Beijing correspondent for the German newspaper Sueddeutsche Zeitung.

His 2019 book — “We Have Been Harmonized: Life in China’s Surveillance State” — probably won’t make him welcome in the Middle Kingdom anytime soon.

He writes that Western assumptions that technology would force China to accept openness and democracy were dead wrong. Instead, these new tools are bringing the return of a totalitarianism that’s never been more “total.”

In the second of three interviews, Strittmater, 55, told Digital Privacy News that today’s China was way beyond anything George Orwell ever could have imagined.

Reviews of your book compare modern China to Orwell’s “1984,” which was written in 1949. Is this an apt comparison?

I get it that the high-tech surveillance is the sexy part, but it’s only one-third of the book. It doesn’t make sense without the other two-thirds.

“Orwell could not have imagined the China we are seeing today.”

So, yes, (Chinese Communist) Party Chairman Xi Jinping takes the country to the future by reinventing his dictatorship digitally. But he is also taking the country back to the 1950s by bringing back repression and taking away freedoms China was accustomed to.

He is bringing back total control of the party and the cult of personality, to an extent we haven’t seen since the times of Mao Zedong.

While Xi is using classic propaganda and classic ideological work, at the same time he is trying to achieve control by powering his tools with artificial intelligence and big-data applications.

What about the similarities to Orwell?

While doing research, I reread two authors from the ’40s, Hannah Arendt and George Orwell, and both studied the examples of (Josef) Stalin’s socialist and Adolf Hitler’s fascist regimes and took lessons from these totalitarian systems.

(Orwell) was incredibly clear-sighted. I was amazed at how many of the mechanisms he deciphered were actually in China.

The means and the possibilities he imagined back then — that was an extremely high-tech vision.

But today, we are further, much further, along than what he imagined. Orwell could not have imagined the China we are seeing today.

Has China gone in a different direction than Orwell’s vision in “1984?”

China is very different from a 100% Orwellian state. Orwell envisioned life in a military-style society based on what was going on in Stalin’s Soviet Union.

The China of today doesn’t have much to do with Stalin’s Soviet Union.

I’m imagining a gulag in Siberia. What are the differences in China?

If you get off a plane in China for the first time, it’s colorful and vibrant. Its cities are full of nice cars and fancy restaurants. It’s a consumer society that’s even overtaking the U.S. in its enthusiasm for commerce and consumption.

“The party will tell you surveillance measures are needed for your security and safety, to protect you.”

The main difference being that Orwell was taking examples from the totalitarian regimes of Stalin and Hitler, while Huxley took the inspiration for his dystopia from American capitalism.

(Huxley) was describing a capitalist society that uses entertainment to sedate and brainwash.

What China is using is a mix of Orwell and Huxley.

How does the Chinese government justify its level of surveillance?

Many people in China would say, “We have all the freedoms we need.”

And after all those decades of censorship and control, they don’t even know anymore what is being kept from them.

The arguments for surveillance are not much different in China than elsewhere: The party will tell you surveillance measures are needed for your security and safety, to protect you.

Then the state’s message is: “Surveillance is for your own good?”

The other thing they stress is convenience: “We are making life easier and more convenient for you, for example, with cashless payments.”

This is one field where China is way ahead.

My Chinese friends often come back from their Europe travels to tell me that we’re so backward: “How come you still use things like paper money and credit cards?”

Credit cards are medieval to them; everything is done by mobile phone.

What have you found about the Chinese public’s perception and debate on surveillance?

If you’re talking about ordinary people, they know — but they rarely talk about it.

In the end, the state uses AI surveillance and the social credit system to create the internalization of control: You don’t need the policeman on the street corner, you become your own policeman.

“All you need is the belief of people that there is this all-seeing, all-powerful eye watching you.”

The last time China was a totalitarian state was under Mao, and we are now seeing the return of totalitarianism. Only it is becoming even more “total” with help of new tech.

And it is a much smarter totalitarianism, as it does not depend on everyday violence and terror as the old one did.

Then, how does the party control 1.4 billion people?

All you need is the belief of people that there is this all-seeing, all-powerful eye watching you.

For this to work, the eye doesn’t need to actually look at you all the time; it’s enough that you are constantly aware it might look at you.

This constant threat is enough to make you change your behavior, to self-censor.