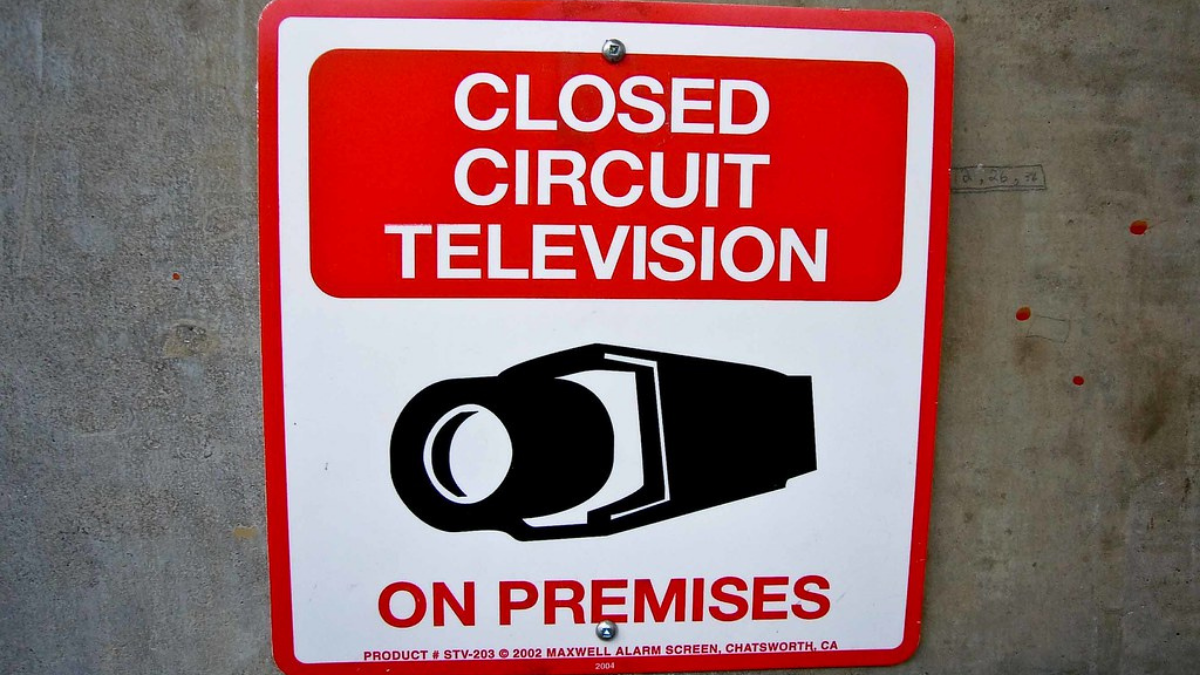 The issue originated during a government discussion on education, when one of the city’s pro-Beijing legislators, Tommy Cheung, suggested that closed-circuit TV cameras be installed inside classrooms to check whether teachers were making “non-patriotic” or “subversive” remarks during lessons.

Another lawmaker, Martin Liao, also a deputy to China’s National People’s Congress, said: “If some teachers have ulterior political motives and hope to bring (anti-China) politics into schools, their untrue claims made in classrooms could deeply impact students negatively.

“We should take the initiative to identify the horses that spoil the whole herd,” Liao said.

However, the controversial topic seemed to fade away over the autumn and winter months, as Hong Kong battled COVID-19 and the ensuing global economic downturn.

But now, the proposal to make surveillance cameras mandatory inside more than a thousand primary and secondary schools has come roaring back.

And fears are widespread that it might eventually become law.

But what accounts for the sudden renewed interest in keeping a close eye on Hong Kong school children?

In recent months, Hong Kong has undergone huge political changes that have caused catastrophic damage to the city’s democratic movement.

Teachers need to be checked on whether they’re making “non-patriotic” or “subversive” remarks.

The Hong Kong police almost certainly will use the new “national security law” (NSL) — imposed June 30 — to charge them with such crimes as secession and treason. The result likely to be long prison terms.

Meanwhile, other liberal activists also have fled to Australia or the U.K., with China freezing their bank accounts in Hong Kong.

Lam also announced that this year’s District Council elections, scheduled for September, probably would be “postponed.”

“We should take the initiative to identify the horses that spoil the whole herd.”

This follows her cancellation of the 2020 elections. This second obstruction of voters’ rights caused the resignation of several opposition councilors in outraged protest.

The Hong Kong Bar Association raised “serious doubts about the legal and evidential basis of the government’s decision” to halt future elections — and was immediately condemned by Beijing.

Only ‘Patriots’ in Power

Lam’s apparent determination to push elections aside has led to deep concern by many regular voters. In 2019, a record-setting 600,000 turned out to vote in the district election, with pro-democracy candidates winning 17 of the city’s 18 districts.

This broad public support for democracy came as a profound political shock to Beijing.

Since then, Beijing has announced that it will lead in taking measures to ensure that “only patriots” can hold key posts in all three departments of government.

“Installing CCTV cameras in classrooms would be disrespectful to teachers and reflect distrust towards educators’ professional judgment.”

This means that future candidates must be members of the Chinese Communist Party (CCP), or strong party supporters.

Calling this “the tightening of the noose,” democratic activists argue the move will destroy any effective political opposition.

Besides the 2019 election results, CCP officials were stunned to learn that 40% of the nearly 10,000 Hongkongers arrested in mass demonstrations over the past 18 months were under age 18.

At least 100 teachers also were taken into custody.

Hence, the renewed demand to have TV cameras in city classrooms: to prevent the coming generation of Hong Kong youngsters from being influenced by liberal ideas.

Once more, Cheung, the pro-Beijing lawmaker who called for CCTV in classrooms last summer, brought up the proposal at a legislative committee meeting in February.

Initially, Education Undersecretary Christine Choi responded by noting that installing cameras was not an “executive order” — and each school could decide its preference.

“Many educators are against this plan.”

Choi also said that installing cameras would have to meet existing privacy laws and would need teacher consent.

However, just two-weeks ago, in a surprise move, Hong Kong’s Education Department queried at least nine schools across the 400-square-mile territory to ask if they had installed cameras — and where, if they did.

A department spokeswoman declined to tell the South China Morning Post why the schools were being asked about cameras.

Wong Kam-Leung, a primary school principal and chairman of the Hong Kong Federation of Education Workers, told the Post that his 40,000 members were against cameras in classrooms.

“While there are concerns over some teachers’ professional behaviour in class, there are mechanisms to penalize those involved in professional misconduct,” he told the newspaper.

“Installing CCTV cameras in classrooms would be disrespectful to teachers and reflect distrust towards educators’ professional judgment.”

In addition, the vice president of the city’s 100,000 strong Professional Teachers Union, Ip Kin-yuen, recently told journalists: “I believe many educators are against this plan.

“If the (Education) Department can explain why they made these calls, they might be able to avoid unnecessary speculation and fears.”

Another school principal, with more than 30 years of experience in Hong Kong schools, spoke to Digital Privacy News, on the condition of not being identified.

“This idea, of putting cameras in classrooms, is pure insanity. It makes no sense at all.”

“This idea, of putting cameras in classrooms, is pure insanity,” the administrator said. “It makes no sense at all.

“There are around 100,000 teachers in Hong Kong, and more than a million students — from primary school to university level — including 90,000 international students.

“Are they really going to put cameras in every classroom in every single school?” the administrator posed. “Who will monitor those thousands of hours of video produced week after week?”

The principal continued: “And, then, who will decide if a teacher has said something ‘unpatriotic’ or something ‘insulting to China?’ Will it be the school principal? Will it be the head of the Education Department? Or someone in the Hong Kong police?

“Or, even someone in Beijing? Someone who can’t even speak Cantonese or English?

“Maybe,” the administrator said, “they will put up a few cameras — but they won’t even have to turn them on.

“Just putting cameras inside classrooms will be enough to achieve what they want: to make everyone in the schools fearful of offending the government.

An expatriate who teaches students at the equivalent of a U.S. high school told Digital Privacy News: “I teach a unit on social issues — and we talk about (Mahatma) Gandhi.

“I’ve chosen to eliminate this topic, because I’m afraid the discussion topics it naturally generates could run afoul of the NSL,” the teacher said.

“To be fair, my school didn’t tell me to do this. I’m just afraid.”

The Chinese Ministry of Education recently assigned 48 books as required reading for Hong Kong students beginning as early as next month.

Details are still scant, however the volume set is titled, “My Home Is in China.”

According to ministry officials, the books are designed to promote patriotism among Hong Kong students.

Hong Kong children, as young as six, will be required to learn the names of the offenses against the new national security law, which include treason, terrorism and collusion with a foreign country.

The books, published on the mainland since 2016, will be re-published specifically for all primary and secondary Hong Kong students.

But the Chinese Communist Party (CCP) intends to give Hong Kong teachers still more homework in the months ahead, to “safeguard China’s national security.”

That work, though, might not be done in Hong Kong schools — but in “training classrooms” across the border in China’s Guangzhou Province.

Rumors are circulating, unconfirmed, that Beijing will require some Hong Kong educators to attend patriotic training courses on the mainland — raising fears that they may come under threat because of previous social media postings.

One name, Lei Feng, a role model created by the CCP, even has been raised.

The subject of a massive 1960s mainland propaganda campaign, the People’s Liberation Army soldier was beloved by fellow soldiers and his commanding officers alike.

One of Lei’s habits was awaking at night to secretly darn holes in the socks of fellow soldiers.

However, when impressed mainlanders began asking questions about Lei’s birthplace and family, tragedy struck: He was killed by a falling telephone pole in 1962.

One legend, of many, was that Lei, 21, was pushing an elderly woman out of the way, thus saving her life.